Sorry! You missed The Exorcist at Manchester Opera House 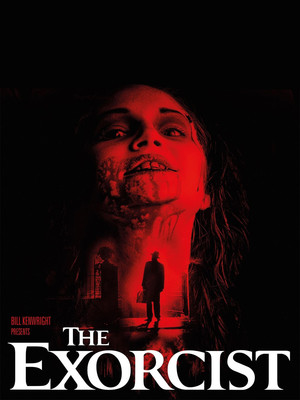 A grand polished blockbuster. Visually miraculous. It is a thrill to watch

Why See The Exorcist?

Crack out those tubular bells

Are you ready for a good old fashioned fright-fest? Just in time for Halloween,(otherwise known as the greatest holiday of the year) Birmingham Rep and No Man's Land director Sean Mathias will scare you out of your seats with this stage adaptation of the venerated 1973 film. Detailing two brave Priest's attempts to bust a pesky demon out of 12-year-old Regan, this supernatural tale promises to be just as viscerally terrifying as its celluloid counterpart. With the voice of Sir Ian McKellen as the Demon!

Based on William Peter Blatty's novel which in turn was inspired by a true story, William Friedkin's film was an immediate success, becoming one of the highest-grossing in history, with a dense popular culture legacy to boot. Full of iconic scenes and dialogue, playwright John Pielmeir has distilled it for the stage, with Tim Mitchell's design retaining all of the elements that gave you nightmares when you snuck downstairs to watch it as a kid.

Ian McKellen (voice only) as the Demon

Seen The Exorcist? Loved it? Hated it?

Sound good to you? Share this page on social media and let your friends know about The Exorcist at Manchester Opera House.