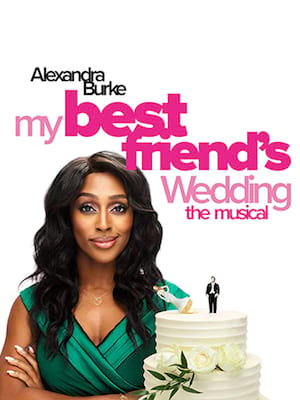 Why See My Best Friend's Wedding?

Based on the 1997 film of the same name, Alexandra Burke stars as tough food critic Julianne Potter whose quest to break up her best friend's impending nuptials lands her in a whole heap of trouble. With a book by Ronald Bass and Jonathan Harvey, music by Burt Bacharach and Hal David and direction by Rachel Kavanaugh, My Best Friend's Wedding The Musical is the nostalgic delight you've been waiting for!

Featuring some of pop's most iconic anthems, "I'll Never Fall In Love Again", "I Just Don't Know What To Do With Myself", "Walk on By", "I Say A Little Prayer" to name but a few, this hilarious and touching new production is set to be the musical rom-com of the year!

Seen My Best Friend's Wedding? Loved it? Hated it?

Sound good to you? Share this page on social media and let your friends know about My Best Friend's Wedding at Manchester Palace Theatre.