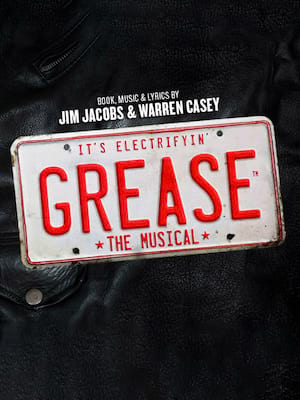 Calling all Pink Ladies and T-Birds!

The ultimate 1950s teen dream is back and better than ever in this brand new production speeding its way to you! Direct from Leicester's Curve Theatre, the story of Sandy and Danny has never been more thrilling - or more glamourous!

With Peter Andre as Teen Angel, expect to hear all your favorites including 'Sandra Dee', 'Greased Lighting' and 'Hopelessly Devoted To You' as a new year at Rydell High beckons. Pompadours and poodle skirts optional.

Grease is the word

The original Grease musical premiered on Broadway in 1972, where it was nominated for seven Tonys (it was the year of Follies, but it should have still won one of them!). Its reputation was of course sealed by its iconic silver screen adaptation that arrived six years later, starring the fresh-faced John Travolta and Olivia Newton-John, who were both on the cusp of superstardom

Seen Grease? Loved it? Hated it?

Sound good to you? Share this page on social media and let your friends know about Grease at Manchester Palace Theatre.