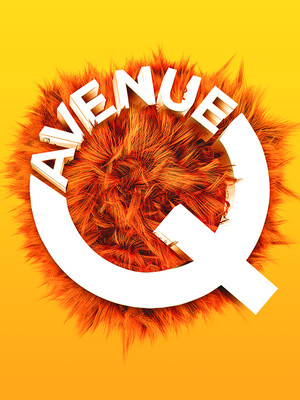 You'd be a muppet to miss it!

The worldwide smash-hit comedy show for adults is back to prove you'll never look at puppets the same way again! This multi-award winning musical is rude, lewd and laugh-out-loud funny, now considered to be a modern classic. A brash, ballsy and outrageous parable of figuring out life after college, falling in love, finding a job and paying the bills, in both flesh and felt!

Dubbed a coming-of-age tale for the Sesame Street generation, Avenue Q is a delightfully wacky look at the fortunes of wide-eyed Princeton, a college graduate whose search for purpose and tiny bank account leads him to the less than desirable neighborhood, where he meets a cast of characters seeking the same thing in the big city.

Join the gang as they use music and comedy to make sense of adult life, and its issues and anxieties all too familiar. Featuring hilarious ditties, ballads and belters such as 'It Sucks to Be Me' 'What Do You Do With A B.A in English', and 'Everyone's A Little Bit Racist', this very grown-up musical is a cynic's delight, with hopes and dreams crumbling around felt ears.

Two hours and 10 minutes with one interval

Sound good to you? Share this page on social media and let your friends know about Avenue Q at Manchester Palace Theatre.